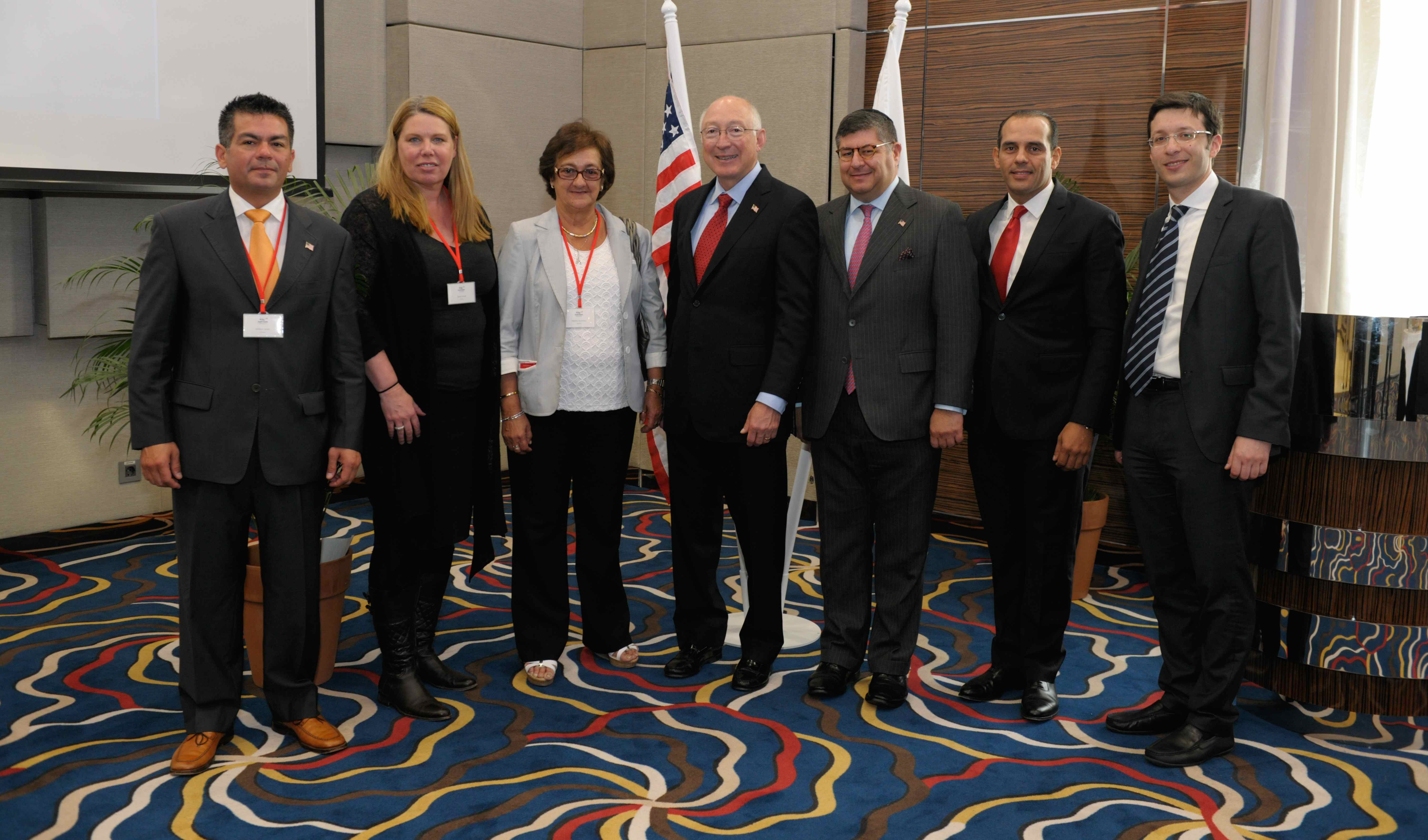 Accredited by the U.S. Chamber of Commerce, AmCham Gibraltar is a business organization that was started in the spring of 2014 in order to develop business relationships between Gibraltar and U.S. companies and strengthen cultural ties. We have been hard at work doing just that.

It’s important to note just how extraordinary Gibraltar really is. We have a diverse, strong and vibrant economy, a highly skilled workforce and an ideal location at the intersection of Europe and Africa. But many U.S. companies don’t know about all we have to offer. Our goal at AmCham Gibraltar is to help spread the word and to equip Gibraltar companies with the connections and know-how they need to forge mutually beneficial business relationships with the United States.

AmCham Gibraltar is proud to already have over thirty local members. Representing a wide range of Gibraltar's industries from finance and maritime to law and insurance, our members are respected business leaders who represent the best of Gibraltar's potential. Our members are committed to promoting Gibraltar as an incredible place to do business and building lasting relationships with U.S. companies.

In order to help draw attention to all Gibraltar has to offer, we have already sponsored two Trade Missions. Our inaugural Trade Mission took place last May (2014) and was led by former U.S. Secretary of the Interior the Hon. Ken Salazar, who served during the first term of President Obama’s administration. Twenty-two companies attended, fifteen Memoranda of Understanding (MOUs) were signed and 170 business-to-business introductory meetings took place. It was a fantastic networking opportunity for our AmCham members and we were pleased to be joined by a number of Gibraltar dignitaries as well. The highlight was a Gala Dinner sponsored by Chief Minister Fabian Picardo in St Michael’s Cave.

In November 2014, AmCham Gibraltar led a Trade Mission to the U.S. with stops in Washington D.C. and New York City. There we celebrated the official accreditation of the Gibraltar-American Chamber of Commerce by the U.S. Chamber of Commerce. We are now officially the 117th international AmCham.